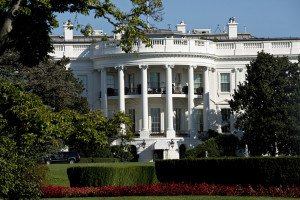 On Tuesday, President Donald Trump signed a new national security memorandum in an effort to improve the vetting process of immigrants. In addition, the directive attempts to streamline the process of vetting certain people who are already present in the United States.

The memorandum calls for the establishment of a vetting center, even though it doesn’t establish new authorities or call for any additional funding. The center is expected to be finalized within six months. Currently, the U.S. Customs and Border Protection runs the National Targeting Center, a center that tracks both cargo and passengers that pose a potential threat to the national security of the U.S., serves a similar role, and other departments and agencies have their own similar programs as well. Trump’s vetting center would seemingly centralize this process.

Trump’s administration has, since the campaign trail, called for more “extreme vetting” of those entering the country. His previous travel ban, which has been tied up in federal courts, focused on several countries who had Muslim majorities.

Trump states in the memorandum, “Border and immigration security are essential to ensuring the safety, security and prosperity of the United States.” He goes on to say “I am, therefore, directing the establishment of a National Vetting Center subject to the oversight and guidance of a National Vetting Governance Board, to coordinate the management and governance of the national vetting enterprise.”

The memorandum also states that the effort will be a collaborative one, working with the attorney general, the director of national intelligence, the State Department and the Department of Homeland Security, as the memo states their responsibility is to “identify individuals who present a threat to national security, border security, homeland security or public safety.”

The Department of Homeland Security Secretary Kirstjen Nielsen released a statement in response to the memorandum. “As part of the president’s efforts to raise the global bar for security and protect Americans, we’ve put in place tougher vetting and tighter screening for all individuals seeking to enter the United States,” the statement reads. “The National Vetting Center will support unprecedented work by DHS and the entire U.S. intelligence community to keep terrorists, violent criminals and other dangerous individuals from reaching our shores.”

The Trump administration is expecting the move to be met with protests from civil rights’ movements. As a result, the memorandum creates a panel to supervise privacy and civil rights issues that may arise during the process of vetting.