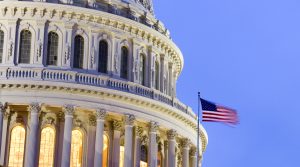 An official email from the United States Citizenship and Immigration Services (USCIS) states that the Trump administration is proposing new requirements for immigrants that will make it more difficult for congressional offices to assist their constituents in the green card application process. The email, sent from Ronald Atkinson, the acting chief of USCIS’ legislative affairs office, stated the new rules are designed to “help both USCIS and Congress handle inquiries in a more efficient and effective manner, while also protecting sensitive information.”

The email states that the agency will be adding new restrictions on how members of Congress can assist immigrants, and it further details that extra forms, including certified translations and notarized signatures, will be needed in most cases.

The move is controversial, in part, because when the USCIS (who is responsible for helping people maintain legal status and obtain citizenship) is unresponsive, constituents seek help from their members of Congress. A congressional inquiry is the only way some were able to receive the timely response needed in order to obtain citizenship before a visa expired. In fact, it is not unusual for Congressional members to help several immigrants in one week.

Many immigration attorneys see first-hand just how much of an impact Congress can have on an individual’s case. When USCIS is unresponsive, Congress often gives them a push, resulting in prompt communication. Sometimes, this slight push can mean the difference between a deportation and a green card.

The new privacy waivers, according to Atkinson’s email, must meet new requirements in order for the applicant to be considered. For example, the waiver must now include a full translation of any non-English text to English, and a translator’s certification of competence. The new waivers must only name the congressional office as the authorized recipient, and must contain a handwritten and notarized signature. In addition, the new waivers must be newly signed and dated for a follow-up question or status update request.

Critics say these new requirements could make it impossible for some applicants to be assisted. For example, with the new waiver requirements, a congressional office cannot communicate with an applicant’s attorney or family members, even if the applicant does not speak English. Put simply, a language barrier can now prevent a person from receiving congressional help with their immigration process, even if the USCIS has been unresponsive to them.

In addition, the requirement for a newly signed waiver for each follow-up question is anticipated to add a massive increase in paperwork for the agency, and some worry this could cause more delay. Many attorneys also worry about the financial burden the new waivers could place on immigrants with language barriers, as certified translators, required for the new waivers, can charge up to $100 per page for services. Other attorneys have expressed concern over whether the USCIS even has the authority to make the move, as it technically is dictating to a U.S. representative what to require from his constituents in order to assist them.

Overall, while the agency claims the move is to protect privacy, there are clearly several concerns over how this will affect applicants. Though the USCIS has released a statement clarifying that they will comply “with all legitimate Congressional oversight requests from such authorized committees to the fullest extent allowed under the Privacy Act,” it is understandable that many are concerned about the effect of this rule and the trend of which it appears to be a part.