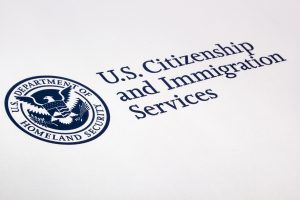 Previously, complete loss of job or even a layoff could cause challenges to nonimmigrant workers, as the individual must be in a valid status when applying for a change of extension of status. The new regulation provides discretion for the U.S. Citizenship and Immigration Services (USCIS) for granting a 60-day period for workers who may have otherwise been considered to be maintaining status for the purposes of filing for an extension of status or filing for a change, had they not lost their employment while working as under the H1B status. Eligible workers could be granted 60 days after the end date of employment, or until the I-94’s expiration date, whichever comes first. This period allows the worker to seek sponsorship from a new employer, prepare for departing the country, or to apply for a status change.

Because a worker can use the grace period one time during the nonimmigrant’s validity period, this may mean some workers will have more than one grace period granted. For example, a worker who uses his grace period after a large company layoff may use his initial grace period, but then he becomes approved for an H1B1 change of employer petition. The worker may receive another grace period if the new employer has a company layoff as well. But what happens if a petition to change of employer is denied? The Code of Federal Regulations (81 Fed. Reg. 82398, 84438-39) states: “[I]ndividuals may be eligible for the 60-day grace period if they port to new H1B employers under INA 214(n) and the petition for new employment (i.e., the H1B petition used to port) is denied prior to the expiration of the validity period of the previously approved petition on which the individual’s status had been based.”

The grace period, if granted, must be used consecutively, with no “saved days” or “carryover days,” used later, meaning unused days cannot serve as a second grace period on their own, or add time to a second grace period. Though the regulation does not specify differences between terminated employees and those who voluntarily leave a job, it should be understood that the discretion provided to USCIS allows them to consider the circumstances of job loss when determining the amount of time provided in the grace period, which may range from no time at all to the full 60 days.

Discretion Regarding the Grace Period

As stated above, USCIS has some discretion when granting a grace period, including how much time may be given (if any), up to a maximum of 60 days per approval. Factors often considered are whether or not the petitioner was working in unauthorized employment, has criminal convictions or other violations of status.

The Portability Provisions of the American Competiveness in the Twenty-First Century Act (AC21), allows some portability for those with H1B status. For example, a H1B worker may begin employment with a new petitioner after a petition is filed under the AC21.

The regulations are specific regarding H1B workers with terminated employment, stating that they may begin working when new employment is found. In order to qualify, the new H1B petition must be filed before the current status expires, or the petitioner must file an extension within a timely manner of expiration. Put simply, if an H1B individual requests a change-of-employer during the grace period, he or she is usually allowed to resume employment upon the petition’s filing.

The petitioning process for the grace period is a bit unique in that there is no specific form or format for the request. A simple standard petition is all that is needed to begin, preferably with a cover letter that states the request. In fact, even if a petition is not officially requested, it is to be assumed that the grace period is requested based on the filing of the change of employer or change of status within 60 days of the last day of employment.

Overall, the grace period can be of great assistance for workers who have diligently kept their status, but have had to change employment for reasons beyond their control. It can provide extra time for planning when it is necessary for the individual to leave the U.S., and it can provide time for workers to find new employment without being penalized for situations outside of their control. However, it is important to note that because this is a recent benefit with much discretion at play, it is impossible to know just how liberal or conservative the USCIS will be when considering and granting the requests.