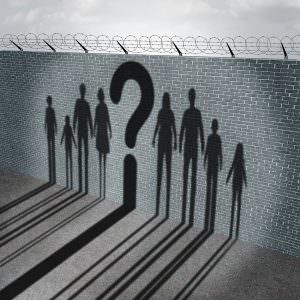 Today, January 25, 2017, Donald Trump signed two executive orders to initiate enforcement of his promised immigration efforts.  The first executive order is an initial step to commence building the wall between Mexico and the United States at its Southern border.  The second executive order, among other things, purports to strip federal funding from sanctuary cities that do not cooperate with federal immigration agencies.  The President is also expected to sign a further order tomorrow that will temporarily prevent citizens of some Middle Eastern and African countries, including Syria, Iraq, Iran, Somalia, Libya, Sudan and Yemen, from entering the U.S.

Although Trump has taken the first step toward building the wall, the construction calls for federal funding rather than money from Mexico, contrary to the pledge he made during the election campaign.  Trump indicated that the wall will be built from the U.S. federal budget and the construction will be later reimbursed by Mexico.  He did not lay out any details about the reimbursement process, though, and the government of Mexico has multiple times indicated that they are not going to pay for it.   Moreover, the construction will require billions of dollars, which must be approved by Congress.

The most important question, however, is not whether Trump will build the wall or not, but whether the construction of such an expensive structure will solve the United States’ immigration problems.  The answer is a resounding no, for the following reasons:

The immigration crisis that currently exists in the United States is not attributable to the undocumented immigrants coming from Mexico.  Statistics show that apprehension of people illegally crossing the U.S. border from Mexico is down dramatically in recent decades.  This is because far fewer people are inclined to come to the U.S. from Mexico compared to the 1990s.  Moreover, during the Bush and Obama administrations, protection of the U.S. border with Mexico was substantially reinforced by constructing hundreds of miles of fences and increasing the numbers of border patrol police who are equipped with state-of-art monitoring tools.

The real problem is that U.S. immigration courts are backlogged by over half a million asylum cases.  The backlog is caused by asylum-seeking women and children who have come in recent years from El Salvador, Guatemala and Honduras, not by undocumented immigrants from Mexico.  The wall cannot prevent foreign citizens from seeking asylum in the United States because both U.S law and international treaties obligate the United States to shelter those who fear persecution in their home countries.  Once an asylum seeker demonstrates a credible fear of persecution to the government official at a U.S. port of entry, the asylum officer must admit or parole him or her into the country.

In light of these realities, construction of the wall will not only be difficult and expensive, it will fail to solve the supposed problem it is meant to address.

In a similar vein, the facts are at odds with Trump’s repeated efforts to portray undocumented immigrants as dangerous criminals, a theme he reiterated today in ordering the establishment of an “Office for Victims of Crimes Committed by Removable Aliens.”  There is no statistical evidence that criminals are found mostly among undocumented immigrants, including ones from Mexico, or that immigrants are more likely to commit a crime than native-born U.S. citizens.  To the contrary, the data suggests that immigrants are less likely to commit crimes than the native-born.