You are here: Home1 / Immigration news2 / 600 Arrested by Immigration Officials Across the United States in One ... 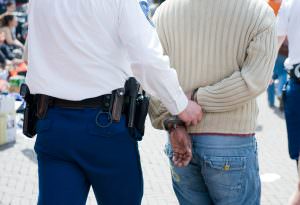 Over 600 individuals (across approximately 11 states) were arrested by Federal immigration officials last week. According to law enforcement agents, of the 600 people arrested, 40 were detained in the New York City area.

It is unknown whether the measures taken by Immigration and Customs Enforcement officials were a part of ongoing work to round up undocumented immigrants with criminal convictions or an increase of deportations by the Trump administration.

“The crackdown on illegal criminals is merely the keeping of my campaign promise. Gang members, drug dealers & others are being removed!” tweeted Pre

However, acting press secretary for the Department of Homeland Security, Gillian Christensen stated, “The focus of these targeted enforcement operations is consistent with the routine, targeted arrests carried out by ICE’s Fugitive Operations Teams on a daily basis.”

The clear contradiction between these statements increased an already heightened sense of fear among immigrants and their advocates.

Immigration and Customs Enforcement also said that the operation in New York was planned one week ago and was a part of a national measure that was planned several weeks ago.

Speaking on the condition of anonymity, an Immigration and Customs Enforcement representative stated, “New York was late to the game…All these people are in violation of some sort of immigration law…We’re not going out to Walmart to check papers — we know who we are going out to seek.” The official also added that some of the convictions included rape and aggravated assault, further stating the arrests had not been spontaneous. They were designed around individuals’ routines and a more comprehensive account would be available on Monday.

The executive director of the New York Immigration Coalition, Steven Choi said in regards to the matter, “It really doesn’t matter if it’s business as usual from ICE’s perspective — at some point, we know that they will start to ramp up enforcement activity”. He stated that last week’s action was alarming because it seemed to be only the beginning.

Choi continued that a Jan. 25 executive order from President Trump about ensuring public safety included the strengthening of the immigration force.

When asked if the current operations incorporated the new focus, a Homeland Security official (speaking anonymously) said, “The president has been clear in saying that D.H.S. should be focused on removing individuals who pose a threat to public safety, who have been charged with criminal offenses, who have committed multiple immigration violations or who have been deported and reentered the country illegally.”

According to Immigration and Customs Enforcement officials, approximately 160 foreign nationals were recently arrested in six Los Angeles area counties. Approximately 200 were arrested last week in Georgia, North Carolina and South Carolina. And another 200 were arrested across Illinois, Indiana, Kansas, Kentucky, Missouri and Wisconsin.

However, some reports, including raids in Jackson Heights, Queens, and in Huntington Station on Long Island proved to be false. Similarly, immigration spokesmen in Kansas City, Mo., were vigilant after hearing rumors that Immigration and Customs Enforcement officials planned to arrest people who were on their way to worship on Sunday.

The Homeland Security spokeswoman, stated “Absolutely not…that is completely false and an example of the many kinds of irresponsible, baseless fear-mongering we’ve been seeing.”

On Sunday, Mayor Bill de Blasio (in statement through his spokeswoman Rosemary Boeglin) said, “New Yorkers should rest assured that city officials, including the N.Y.P.D., will never ask about your immigration status, and the N.Y.P.D. will never become immigration enforcement agents”.

New York, as a presumed sanctuary city, does not generally fulfill requests by immigration authorities to hold u immigrants who have committed petty crimes. Mr. Trump has threatened to hold back federal funding for such cities.

Activity by Immigration and Customs Enforcement agents had not yet reached the level of the large-scale enforcement seen under the George W. Bush administration on Long Island. The program director of the Central American Refugee Center on Long Island, Pat Young, stated that 170 people were arrested in Nassau and Suffolk Counties in one week in 2007. He said “at least so far, it’s important to know that in the New York area, we haven’t had checkpoints; we haven’t had sweeps,” adding that all day he had had to tackle rumors as to where the immigration officials had conducted their activities. “They are taking place at homes”, he stated.