U.S. Citizenship and Immigration Services (USCIS) announced a massive rule change on October 15, 2019, that changes how officers will determine inadmissibility on the grounds of “public charge.” For the time being, enforcement of the Public Charge Rule is blocked by a nationwide preliminary injunction. However, this new rule will seriously increase how many applicants […]

Eligibility Bond in the context of immigration law is the amount of money set by the Department of Homeland Security (DHS) or the Immigration Court as a condition to release a person from detention for an immigration court hearing later. A foreign citizen (alien) who is detained by the U.S. Immigration and Customs Enforcement (ICE) […]

The Department of Justice is proposing new regulations that would authorize Department of Homeland Security to collect DNA sample from foreign nationals who are arrested, charged , convicted, or detained under the authority of the United States. According to the new provisions some non U.S. citizens will be exempt from the sample collection requirements in […]

In another effort to deter immigration, President Trump seeks to eliminate birthright citizenship, a move which would challenge a 150-year-old standard set by the U.S. Constitution. In an interview with “Axios on HBO”, Trump said he would “remove the right to citizenship for babies of non-citizens and unauthorized immigrants born on U.S.-soil.” The 14thAmendment, established […]

Policy changes declared this week will apply to the medical and vaccination examination for immigration purposes, which ensures there are no health issues which would bar the applicant from the United States. These changes go into effect beginning November 1. The medical examination is a mandatory requirement for all foreigners who wish to file for adjustment […]

In the latest blow to the Trump administration’s efforts to eliminate DACA, a federal judge in D.C. ordered on Friday that the administration must restart the program in full. DACA, which stands for Deferred Action for Childhood Arrivals, is a program started in the Obama era that offers deportation relief to undocumented immigrants who arrived […]

On Wednesday, President Trump signed an executive order to end the administration’s policy that separated migrant families at the U.S. border with Mexico. The move comes after public outcry regarding the harshness of the policy. The president had previously stated the policy was not his and could not be changed without the help of Congress. […] 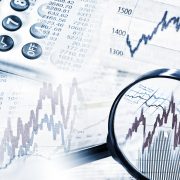 In its most recent move to crack down on immigration, the Trump Administration has now, through the Department of Homeland Security, announced plans to rescind the International Entrepreneur Rule. The rule, an Obama-era initiative drafted two days before Trump’s inauguration, would have allowed immigrant founders of new start-ups to remain in the states for up […]

On Tuesday, Judge John D. Bates of Federal Court for the District of Columbia delivered the largest setback yet for the Trump Administration: he ruled that DACA protections must remain and that new applications must be accepted again. Judge Bates stated that the administration’s decision to terminate DACA, Deferred Action for Childhood Arrivals, was based […]