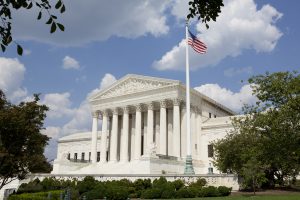 In a surprising move on Monday, the Supreme Court granted President Trump’s request to fully enforce another version of his highly disputed travel ban. Legal challenges continue in lower courts regarding the travel ban, which applies to residents of eight countries, six of which have Muslim majorities.

The move was seen as a White House victory, after previous rulings saw the lower courts restrict various portions of the travel ban. Two lower courts, in Hawaii and Maryland, exempted travelers who were “foreign nationals who have a credible claim of a bona-fide relationship with a person or entity in the United States.” This meant, for example, those who wanted to visit a family member would be exempt from the ban. The president’s order has seen a number of revisions since its original signing, and last summer, the Supreme Court imposed similar exemptions to the ban to allow families and other exceptions to the rule.

The unexpected opinion on Monday did not explain why the justices had decided to lift the restrictions, and Justices Ruth Bader Ginsburg and Sonia Sotomayor both stated they would not have lifted them. Attorney General Jeff Sessions released a written statement proclaiming “a substantial victory for the safety and security of the American people.” His statement went on further to say, “We are pleased to have defended this order and heartened that a clear majority Supreme Court has allowed the President’s lawful proclamation protecting our country’s national security to go into full effect. The Constitution gives the President the responsibility and power to protect this country from all threats foreign and domestic, and this order remains vital to accomplishing those goals.”

The move is surprising, in part, because the president has displayed what many see as an openly prejudice attitude toward Muslim individuals. Most recently, the president was under fire for tweeting links to anti-Muslim videos, and the actions led to the American Civil Liberties Union sending a letter to the court Monday morning, just before the ruling. The Director of the ACLU Immigrants’ Rights Project, Omar Jadwat, expressed great disappointment in the court’s ruling, stating that the President’s “anti-Muslim prejudice is no secret.”