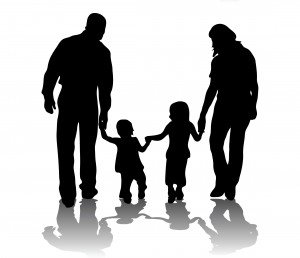 For the second time this year, a federal judge has ruled that the program known as DACA must stay in place. DACA, Deferred Action for Childhood Arrivals, has become a controversial part of the immigration debate that has become more heated since the Trump administration’s campaign trail. The program was implemented during the Obama administration and protects young undocumented immigrants from deportation. Many of these young immigrants have been in the United States since infancy, and do not even remember the country their parents left.

Now, the nationwide injunction issued by Judge Nicholas G. Garaufis of the U.S. Federal District Court in Brooklyn, means that that the government will have to maintain DACA as it was before Sessions’ announcement. However, the judge also specified that the program did not have to accept new applications, and could decide renewals on a case-by-case basis. The injunction will also not apply to those who were unable to apply for DACA before the September 5 announcement. The judge did, however, state that he was “sympathetic” to those missing the deadline.

The injunction injunction not only states that the program must continue, but it also details important information about why. Since the earlier announcement by the attorney general, more than 100 DACA recipients have been losing their protection daily. Judge Garaufis further clarified that this number could rise to as high as 1,400 daily once the program was designated to end on March 5, 2018. He stated that not only would all of them face deportation, but they would also lose healthcare, placing a new burden on public hospitals. In addition, he argued that employers would face problems as the recipients lose their jobs, adding that the “staggering adverse economic impacts,” that would likely include up to $800 million lost in tax revenue alone.

Judge Garaufis also stressed that ending DACA would have “irreversible” social costs, adding, “It is impossible to understand the full consequences of a decision of this magnitude,” when speaking of the separation of families potentially affecting hundreds of thousands of recipients.

The ruling was made based on the Administrative Procedure Act, which forbids the government from acting “arbitrarily or capriciously” when changing federal policy. Lawyers for the government had previously stated they were ending the program for fear that it would be struck down as illegal. However, Judge Garaufis stated, “The administrative record does not support defendants’ contention that they decided to end DACA for this reason,” and that in fact, the government had failed to explain their decision. The judge also claimed that the repeal of DACA was in fact, “arbitrary and capricious.”

Judge Garaufis also critiqued President Trump from the bench, criticizing his anti-immigration rhetoric on twitter and in his public statements. In fact, at a hearing in January, Garaufis previously criticized Trump over his “anti-Latino commentary,” adding, “This isn’t ordinary.” He stated, “In this country, in over 250 years, it’s extreme, it’s recurrent and it’s vicious.”

The ruling was a response to a series of separate, yet linked, lawsuits filed in Brooklyn in response to the repeal of DACA. After Sessions’ September announcement, a group of immigration attorneys and 16 Democratic state attorney generals, led by Eric Schneiderman of New York, filed the suits, claiming that the repeal was not only “arbitrary and capricious” but also largely motivated by a “racial animus” against Latinos.