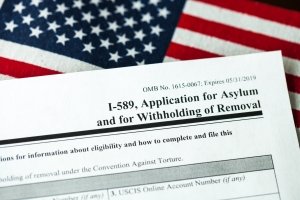 Those who have suffered persecution or who fear future persecution in their home countries may apply for asylum in the United States. However, the process is more complicated than you might expect, and the tiniest detail could result in a denial of your application for asylum.

I want to help you understand whether you qualify to apply for asylum and how I can help you through the process. Here is some important information for you to know about the asylum process.

Asylum is a way of gaining legal residency in the United States by proving that you were subject to past persecution or would be subject to future persecution in your home country under a specific set of circumstances. You must be able to show that you have a “well-founded fear” of persecution due to your race, religion, nationality, political opinion, or membership in a particular social group.

How to Apply for Asylum

Once you have entered the United States, you should speak to an immigration attorney to start the process of applying for asylum. There are two different ways to apply for asylum based on whether you have been arrested by DHS and placed in removal proceedings. The process for applying varies greatly depending on what type of asylum you are seeking.

If you have not been arrested by DHS and are not under threat of being sent home, you can apply for affirmative asylum.

If you have been arrested by DHS, are under threat of removal, or you have had your application for affirmative asylum denied, you may be able to apply for defensive asylum.

You must meet a very narrow set of criteria to be eligible for asylum. You must meet the international definition of a refugee and not have any bars that may prevent your application from being approved.

Immigration law is all about the details of legal terms. Here are some of the most important words you should understand when applying for asylum.

A refugee is defined as:

“Any person who is outside any country of such person’s nationality or, in the case of a person having no nationality, is outside any country in which such person last habitually resided, and who is unable or unwilling to return to, and is unable or unwilling to avail himself or herself of the protection of, that country because of persecution or a well-founded fear of persecution on account of race, religion, nationality, membership in a particular social group, or political opinion.”

Only refugees are eligible to apply for asylum in the United States.

What counts as persecution? Different courts have different definitions, including:

Persecution does not include mere harassment or discrimination.

To qualify for asylum, the source of persecution must be the government, a quasi-official group, or persons or groups that the government is unwilling or unable to control, such as guerrilla forces, paramilitary groups, death squads, clans, and abusive parents or spouses.

For an asylum application, persecution may also include the cumulative effect of harms and abuses that might not individually rise to the level of persecution.

A refugee applying for asylum must have a “well-founded fear of persecution.” What does that mean, and how do you prove it?

Asylum applicants must present both subjective and objective evidence that they fear returning to their home country by:

An additional 4 elements an asylum applicant should show to prove a “well-founded fear of persecution” include:

To qualify for asylum, an applicant must show that past persecution will lead to future persecution for the same beliefs.

The burden of proof lies with the government to dispute this through establishing a lot of evidence either that conditions in the home country have changed to the extent that the applicant no longer has a well-founded fear, or by showing that by moving to another part of his or her nation the applicant could avoid persecution and that it would be reasonable to expect them to do so.

Even so, the applicant may still receive asylum if they can show good reasons for being unable or unwilling to return to their home country based on the severity of past persecution or a reasonable possibility of suffering other serious harm upon returning.

The 5 Protected Grounds for Asylum

In addition to a fear of persecution, an asylum applicant must fall into one of the 5 protected grounds for asylum, and that protected ground “was or will be at least one central reason for persecuting the applicant.”

Let’s talk more about those 5 protected grounds so you can better understand if you fall into one (or more) of the groups.

According to the United Nations, the term “race” includes “all kinds of ethnic groups that are referred to as ‘races’ in common usage.” “Race” and “nationality” often overlap in asylum applications.

Religious persecution may include the prohibition of (or discrimination as a result of) public or private worship, membership in a particular religious community, or religious instruction. Applicants can’t be forced to practice their religious beliefs in private to escape persecution.

“Nationality” includes citizenship or membership in an ethnic or linguistic group and often overlaps with race.

The hardest to define protected ground for asylum is the social group. A “social group” is generally accepted to be a group of people who share or are defined by specific characteristics like age, geographic location, class background, ethnic background, family ties, gender, or sexual orientation.

A few examples of groups found to satisfy the social group test include:

It is difficult to prove that being a victim of domestic violence qualifies a person as being a refugee and eligible for asylum since domestic abuse usually occurs in the private realm rather than something controlled by the government.

The law is evolving rapidly in this area, but the government does occasionally recognize the validity of domestic violence-based asylum claims under a social group theory. Domestic violence victims can establish persecution based on social group, where the group is defined by how a woman’s abuser and her society perceive her role within the domestic relationship.

This is a tricky area of the law, so ask me any questions if you think you may qualify as a refugee due to domestic abuse.

Since children are especially vulnerable to persecution, their cases are handled somewhat more delicately than adult cases. Some differences in child cases may include:

The United States government may decide that a person could escape persecution by merely relocating within their own country, and therefore don’t qualify for asylum.

Asylum applicants must meet a burden of proof to establish credibility by providing:

The REAL ID Act of 2005 (titled “Preventing Terrorists from Obtaining Relief from Removal”) added some amendments regarding the credibility of asylum seekers and expanding the definitions of “terrorist organizations” and “terrorist activities.” Thanks to these changes, asylum applicants can trigger asylum bars even if the terrorist activity was minimal and engaged in under duress.

For this reason, it’s crucial to share with your immigration attorney all affiliations you may have had with any group that could be considered a terrorist organization.

Fraud committed to flee your country and enter the United States may help, rather than hurt, your asylum case. However, committing fraud while seeking asylum once you’re already in the United States or failing to disclose previous fraud is a grave matter.

Marriage fraud, for example, is a federal crime that could result in fines or jail time. Other findings of fraud can make an applicant permanently ineligible for relief under the INA.

More Details on some Bars to Asylum

Some of the 10 mandatory bars are further clarified or explained below.

Other than unaccompanied minors, all asylum seekers must submit an application within one year of their last arrival in the United States. There are only two exceptions:

I would be happy to answer any questions you have about proving that you have met the 1-year deadline.

A criminal history may affect your ability to receive asylum in the United States. Certain categories of crimes are more likely to affect your application for relief.

Being convicted of an “aggravated felony” will cause you to be ineligible for asylum and may cause other significant immigration consequences. Examples of aggravated felonies include (but are not limited to):

Conviction of a crime involving moral turpitude (CMT) may lead to a negative exercise of discretion in an asylum case. In general, a CMT is a crime that is “inherently base, vile, or depraved” or contrary to societal moral standards. Crimes that may be considered a CMT include:

Legislation that was intended to prevent terrorists from gaining asylum is negatively affecting many victims of terrorism. Laws enacted since the September 11, 2001 terrorist attacks have dramatically broadened the class of people who are barred from asylum for terrorism-related grounds.

Terrorist organizations are now defined as a “group of two or more individuals, whether organized or not, which engages in, or has a subgroup which engages in” terrorist activities.

Terrorist activity includes any “threat, attempt, or conspiracy” to use “any…explosive, firearm, or other weapon or dangerous device (other than for mere personal or monetary gain), with intent to endanger…the safety of one or more individuals or to cause substantial damage to property” which is “unlawful under the laws of the place where it is committed (or which, if it had been committed in the United States, would be unlawful under the laws of the United States or any State).

One problem with this definition is that pro-democracy groups who struggle against a dictatorship can be considered terrorist groups since the actions they take against the regime oppressing them are against the law in the place where they are taking action.

Additionally, duress, infancy, self-defense, and mental incapacity do not excuse material support. That means being held hostage in your home while members of a guerilla group occupied the house for the night could trigger the bar. Paying a fee to keep terrorists from killing your family could trigger the bar.

It is challenging, but it is possible to get an exception for certain terrorist activities. I can give you more details on your specific case during a consultation.

The final bar to asylum that we’ll discuss in detail is “firm resettlement,” which occurs when an applicant, prior to arrival in the U.S., entered another country with, or while in that country received, an offer of permanent resident status, citizenship, or some other type of permanent resettlement.

This bar does not apply if your entry into the third country was a necessary consequence of your flight from persecution, if you remained in that country only as long as needed to arrange onward travel, or if you did not establish significant ties in that country. Likewise, if the conditions of your residency in the third country were substantially and consciously restricted by the authority of the country of refuge, then the applicant was not, in fact, resettled. Firm resettlement does not apply to a person who settled in a third country but has a well-founded fear of remaining in that country.

It is up to the government to prove that you have been firmly resettled elsewhere.

A person (Asylee) who has been granted an asylum status in the United States, including his or her spouse and children, can apply for a Green Card 1 year after obtaining the asylum status.