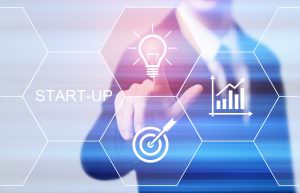 The Department of Homeland Security (DHS) has recently published a new rule, effective July 17, 2017, which adds new provisions regarding the use of parole on a case-by-case basis with respect to entrepreneurs of start-up entities who can demonstrate that they will provide a significant public benefit to the United States.

By clarifying the circumstances in which entrepreneurs can be paroled into the United States, the new rule aims to increase and enhance entrepreneurship, innovation, and job creation in the U.S.  It allows a qualifying entrepreneur to enter and remain in the United States for an initial period of up to 2.5 years and for an extension period of the same length (for a total of up to 5 years), along with his or her spouse and minor, unmarried children.

To apply for parole under the new rule, an applicant must file a new application, specifically tailored for entrepreneurs, along with applicable fees.  A maximum of three entrepreneurs can receive parole with respect to any single qualifying start-up entity.

USCIS personnel adjudicating the application will consider the totality of the evidence, including evidence obtained by USCIS through background checks and other means, in deciding whether parole should be granted.  The evaluation process involves a two-part test, both prongs of which must be satisfied for an applicant to succeed: (1) the adjudicator must conclude that the applicant’s parole would provide a significant public benefit; and (2) the adjudicator must conclude that the applicant merits a grant of parole as a matter of discretion – in other words, that the expected public benefit to be gained by granting the applicant parole is not outweighed by negative factors about the applicant.

To satisfy the “significant public benefit” test under the new rule, an individual seeking to operate and grow his or her start-up entity in the United States would generally need to demonstrate the following:

In order to for the business to be considered a “start-up entity” for purposes of this new provision, it must have been created within the 5 years immediately preceding the date of the filing of the initial parole application.  The newly formed entity must have been doing business legally since its creation and have substantial potential for rapid growth and job creation.

For purposes of the new provision, the applicant will be considered to be an entrepreneur who is well-positioned to advance the entity’s business if he or she: (1) possesses at least 10 percent ownership interest in the entity at the time of adjudication of the initial grant of parole; and (2) has an active and central role in the operations and future growth of the entity, such that his or her knowledge, skills, or experience would substantially assist the entity in conducting and growing its business in the United States.

The applicant must be able to demonstrate that the entity has substantial potential for rapid growth and job creation.  This can be accomplished by providing evidence that the entity has received significant investment of capital—that is, at least $250,000—from certain qualified U.S. investors with established records of successful investments.

An applicant who only partially meets one or more of the above criteria related to capital investment or government funding may still be considered for parole if certain alternative criteria are met.  In such cases, the applicant must be able to provide additional reliable and compelling evidence that he or she would provide a “significant public benefit” to the United States in the form of rapid business growth and job creation.