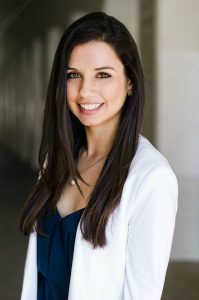 The following essay by Ms F. H. Hamidi is the 2017 winner of the Law Office of Givi Kutidze Immigration Law Scholarship.  The views expressed in the essay are Ms. Hamidi’s and do not reflect my own position or opinion on the issues discussed.

Immigration is a frequently visited topic within the Hamidi household. After serving his term in the Iranian military, my father followed his older brother to the United States in 1978 in search of freedom. His search did not bear fruit immediately. The process of obtaining a student visa was troubling enough, but on top of that, he was not permitted to work while in possession of the visa. Iranians are some of the hardest working individuals one will ever meet, so the idea of not working was foreign to my father. How was he to pay for groceries, rent, or tuition with no income source? The Iranian government certainly did not foot the bill. My grandfather worked three jobs to provide for a family of seventeen, resulting in an inability to help his two Americanized sons pay Americanized price tags for higher education. So, my father found work as a busboy in a local country club while maintaining full-time student status. His Greencard application was dismissed multiple times before he was deported for working while abroad on a student visa.

A man whose sweat and tears produced forty hours of taxable income for the American government each week was removed from the Land of the Free as he watched United States natives mow lawns and cut drug deals without paying a dime into the system. My father was more American four decades ago than are many of today’s residents who take their citizenship for granted. I am proud to say that my father was sworn in as a United States citizen in November of 2013, and has visited his polling site for each election since that proud day.

The current immigration system encourages families legally residing in the United States to sponsor their family member’s case for citizenship. Unfortunately, this long-accepted practice does not account for a person’s work ethic or loyalty to their new country. If sponsors were instead college professors or employers of applicants, the most deserving and hopeful immigrants would reap the fruit of their labor much sooner. Had this been the way in which citizenship was granted, both my father and his brother would have taken their seats in an Oklahoma courtroom decades earlier for their swearing-in ceremony.

The news that Iranians are now banned from entering the United States was devastating to my family. I have a cousin in Iran who earned admission to NYU College of Medicine who will not be able to attend, much less visit. On the other side of that token, I joined my sister on a trip to Washington, D.C. earlier this month and our Persian names earned us detainment and uncomfortable searches in an unfriendly airport. The fact that neither of us have ever stepped on Middle Eastern soil held no score in our apparent prejudiced treatment as terrorists.

Each of my eight closest work colleagues are full-blooded Mexican or Columbian. They are each American-born and bred with university degrees to their names. Their parents, however? Not one United States citizen in the bunch, and each incurred substantial financial debt in their daughters’ names for the sake of providing them with the American dream. In the case of so many families in similarly frustrating situations, immigrants below the Texas border are severely underestimated in their abilities and intelligence.

Again, a strong case can be made for each of my associates’ parents by their employers who regularly observe their reliability and dedication. I find it difficult to imagine an immigrant “calling into work” for not feeling well because I have never witnessed it. If hardworking immigrants were offered executive and governmental jobs, the United States would become a fast-moving powerhouse as compared to its current sluggish state. Agendas would be completed with fewer stagnant meetings and fewer wasted days between them. Imagine the work ethic of a Hispanic housekeeper applied to a large corporation’s executive team. Imagine the Iranian busboy’s eagerness to clean tables applied to the position of General Manager for the country club. It is they who are not above the lowly tasks who are most readily capable of achieving greatness.

With the above examples and many more, I will continue to make a case against the outdated method of sponsoring potential United States citizens. Family members will always vouch for one another whether it is believed they will become beneficial members of society or not. It is those who have earned outside trust and commendation who truly deserve citizenship of the Greatest Nation on Earth.

The U.S. Department of Justice Lays Out Plan to Cut in Half Backlogged Cases...
Scroll to top