You are here: Home1 / Immigration news2 / The Sanctuary Policies and Sanctuary Cities 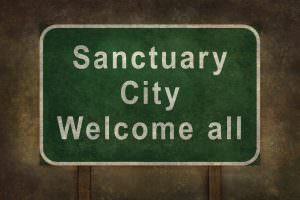 Sanctuary policies refer to a class of policies aimed at tailoring a city, county or state’s resources to provide adequately and safely for all residents, including immigrants of varying immigration statuses.  These policies range from municipalities providing identification documents to all residents, to training local law enforcement on the impacts of convictions on an individual’s immigration status.  Sanctuary policies are, by no means, monolithic.  They may differ widely between states and municipalities, however those areas that employ sanctuary policies are referred to broadly as sanctuary jurisdictions.

Sanctuary policies in no way inhibit federal authorities from carrying out their duties with regards to immigration enforcement, and do not protect immigrants from deportation.  Sanctuary jurisdictions are obligated to divulge an individual’s citizenship and immigration status to the Department of Homeland Security, when requested and if available.  They may also cooperate with federal agencies in regards to federal rental of jail space to detain immigrants, and the honoring of certain Immigration and Customs Enforcement detainers (directives for a law enforcement agency to detain an individual for a maximum of 48 hours until ICE officials are able to take custody).

In compliance with federal law, sanctuary jurisdictions do not restrict access to information, or communication with federal officials.  However, as with any other non-federal jurisdiction, they are not obligated to take part in immigration enforcement as stated in the 10th Amendment.  Sanctuary policies allow these jurisdictions to perform such actions as refusing to allow ICE deputization of local police for immigration enforcement, prohibiting local agencies from collecting information on the immigration status of individuals, and requiring warrants from ICE agents before allowing them into jails.

The benefits of sanctuary policies to a community extend well beyond their immediate intentions.  Sanctuary Jurisdictions report fewers cases of violent and property crime as well as an increased average income across demographics.  Sanctuary jurisdictions also report such benefits as lower rates of poverty, lower rates of unemployment and a smaller percentage of households relying on public assistance across all racial demographics as well.