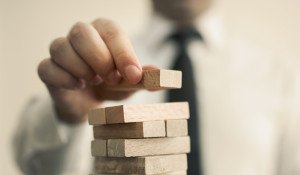 As of the December 14th announcement by the United States Citizenship and Immigration Services (USCIS), applications are now being accepted for parole under the International Entrepreneur Rule (IER), commonly called Entrepreneur Parole.

Political Resistance to the Rule

The IER is an important rule because in the United States, there is no visa category for international entrepreneurs. Company founders themselves must fit into an existing category for visa qualification, which is quite rare.

As a result of the Trump’s administration move to delay the rule, the National Venture Capital Association claimed that DHS violated the Administrative Procedure Act and sued, along with two companies co-founded by entrepreneurs from outside the United States, and two international entrepreneurs themselves. The result was the agreement by a federal district court, on December 1, and the delay rule was vacated.

Political Concerns Regarding the Rule

The DHS still plans to publish a rule in an effort to eliminate the IER, even though the court order means the USCIS is now accepting applications for IER. This means that it is imperative to consider the likely short-lived nature of this program.

Before DHS can rescind the rule, they must comply with the Administrative Procedure Act, meaning they must comply with their notice and comment requirements. This likely means a rule rescinding the program cannot be published for months, but once it is rescinded, those granted Entrepreneur Parole could have their privileges revoked. When consulting with clients who qualify for and are interested in Entrepreneur Parole, all visa options should be reviewed against this possibility for the best possible client outcome.

The entrepreneur must demonstrate the following in order to qualify for Entrepreneur Parole:

An applicant/entrepreneur who is granted parole is legally able to work for the start-up related to his parole. Any material changes regarding the company or the applicant’s role must be reported. One start up may sponsor up to three applicants/entrepreneurs.

When the announcement was made that the USCIS would begin accepting IER applications, they also released a new Application for Parole, Form I-941. After its release, the agency admitted that the form contained multiple errors. The agency is currently working with the Office of Management and Budget (OMB) to properly correct the form. In the meantime, applicants are told to complete the form using the requirements contained in the agency’s final rule.

Applicants/Entrepreneurs must file Form I-941 and include both a $1,200 filing fee and an $85 biometrics fee.

Spouses and minor children may also complete Form I-131, Application for Travel Document, when the entrepreneur applies for parole. Though the USCIS has updated the form for dependents of entrepreneurs, the revised form has not yet been released at the time of this post. Spouses may complete form I-765 under the “(c)(34)” category to apply for work authorization.

Once an applicant is approved, he or she will receive an I-797 Notice of Action and an I-512L Authorization for Parole of an Alien into the United States. Travel documentation must then be obtained at a U.S. Consulate, unless the applicant is Canadian, in which case the applicant can take the documents directly to the U.S. Canadian border. Then, the entrepreneur can travel to the United States, appear before U.S. Customs and Border Protection officials at the port of entry, and request parole.

Those granted Entrepreneur Parole can receive work authorization in 30-month increments, for up to five years.

For an extension, entrepreneurs will need to refile Form I-941, confirming they still hold a 5% ownership in the start-up, and that they will continue to provide a public benefit to the U.S. through their role, which must be as a founder, maintaining a central and active role. The applicant must demonstrate that the start-up created at least five full time jobs of 35 hours or more per week (not contractors) during the initial parole period, or that they reached at least $500,000 annual revenue with an average growth of 20% during the same period. The entrepreneur must also demonstrate that the start-up entity received at least $500,000 in government grants or awards, or qualifying investments. As with the initial application, if the start-up does not fully meet the criteria, documentation may be provided of the start-up’s substantial growth potential and employment creation.

Overall, the Entrepreneur Parole program can be of immense assistance to those who do not qualify under any other visa category, allowing them time to establish a business and work in the United States. However, for those who have another legal avenue for work authorization in the United States, it is worth weighing the options before applying to a program with such strong political opposition, as it is likely to be a revoked.