You are here: Home1 / News2 / Immigration Plans at White House only Preparatory 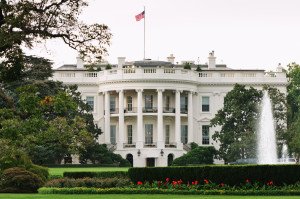 The White House has clarified about the new federal contract originating from the Homeland Security Department which sought a veritable 34 million residency cards and work permits for immigrants over the ensuing 5 years, as largely preparatory in nature. In other words, the contract does not point towards any definite plans on the part of the Obama administration to issue a significantly larger number of work permits and green cards than have typically been issued in the past.

The larger objective is that of flexibility in the hands of the US government so that as and when the need arises, it can issue more such green cards and work permits, without there being any kind of compulsion on its part to actually do so.

Otherwise, there is no confirmation with regard to any definite plans on the part of the Obama administration to issue additional work permits or green cards. At the same time, speculation is rife that young immigrants into the United States are likely to receive protection from deportation. This comes in the form of the Deferred Action for Childhood Arrivals or DACA program whose benefits have already been extended to 500,000 young individuals who were children when they immigrated into the country.

These individuals will be eligible for work permits in the future. The basic criteria being set is that of an educational background at least in the form of schooling as well as absence of any criminal activity.

Now, while President Obama has made announcements to the effect that he would act on his own will in case the Congress fails to clear the impending immigration legislation, fact is that he alone does not have suitable legal authority to offer lifelong immigration status or issue green cards. Yet at the same time, working in line with the DACA program, he can offer protection from deportation, taking up each case at a time.

Leon Rodriguez, the Director of US Citizenship and Immigration Services (USCIS), has confirmed the preparedness of his agency for imminent changes in immigration policies which the Obama administration may announce, without going into any details about the same.

The draft proposal of the contract to buy materials necessary to issue up to 5 million cards each year has of course been confirmed by the USCIS. This contract also points towards a possible significant uptake in cards which may go up to as much as 9 million. Overall, for the entire 5 year period for which the contract has been drafted, the number of cards being looked at is 34 million.

This proposal was referred to by Christopher Bentley, spokesman at USCIS, as routine in nature where contracts are solicited in the very same fashion. After all, as he indicated, there can be a variety of different reasons for which a much larger number of immigrant applications than previously forethought, could come to the fore.

News about the contract proposal first came to the limelight based on reports from Breitbart.com.