You are here: Home1 / Immigration news2 / An H-1b Visa Primer : The Ins and Outs of the Specialty Occupation Pro...

An H-1b Visa Primer : The Ins and Outs of the Specialty Occupation Program 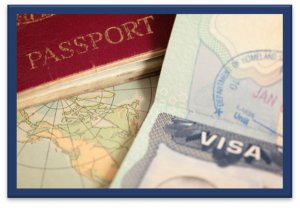 The subject matter of U.S. visas can be quite overwhelming. After all, there are over 180 different types of them! These can be broken up into two main categories: immigrant visas (for permanent residence in the U.S.); and nonimmigrant visas (for temporary stays in the U.S., such as for tourism, visits to family, study, work, business, or travel).

The H-1B visa is a nonimmigrant visa, specifically meant to allow employers in the United States to temporarily employ highly skilled foreign (non-U.S.) workers in what is known as “specialty occupations.” The intended employment of the applicant has to already be in place, so the employer is the one to actually make the application—not the intended worker. Put another way, an applicant cannot simply want to come work in the U.S. within their field without actual specific employment with a specific employer in a specific state.

There are three categories that fall under the general title of “specialty occupations” in regard to the H-1B visa:

Let’s discuss each one of the above categories and exactly what is required to be eligible for each.

The H-1B specialty occupation visa is sort of like the “parent” visa to the other two categories of H-1B visas (H-1B2 and H-1B3). In order to be eligible for an H-1B (specialty occupation) visa, the following general requirements must be met:

Rather than trying to break down what is meant by “theoretical and practical application of a body of highly specialized knowledge” in regard to an eligible “specialty occupation,” it probably would be easier to give you some examples.

Luckily, USCIS publishes the statistics for H-1B visas regarding who—specifically, the type of employers who—have filed petitions, as well as the occupations which were approved. The most recent published report covered federal Fiscal Year 2019 (October 1, 2018 – September 30, 2019), and was issued on March 5, 2020. From it, much can be learned about who is getting H-1B visas.

In FY 2019, the following occupations were approved for H-1Bs, with the corresponding percentage(s) listed next to each:

While the above listing is good to have, it may be helpful to break this down even more, into actual jobs rather than just categories. The following would be some appropriate examples (in no particular order):

Note the * by “computer programmers” above. In March of 2017, the USCIS issued a Policy Memorandum wherein they determined: “[T]he fact that a person may be employed as a computer programmer and may use information technology skills and knowledge to help an enterprise achieve its goals in the course of his or her job is not sufficient to establish the position as a specialty occupation.” (USCIS March 31, 2017 Policy Memorandum / PM-602-0142) This Memorandum continued on to say: “[A] petitioner must provide other evidence to establish that the particular position is one in a specialty occupation as defined by 8 CFR 214.2(h)(4)(ii) that also meets one of the criteria at 8 CFR 214.2(h)(4)(iii).”

However, on February 3, 2021, following a lawsuit and a federal court order, USCIS rescinded (took back) their earlier memo by way of Policy Memorandum / PM-602-0142.1, re: “Rescission of 2017 Policy Memorandum PM-602-0142.” Specifically, this recent memorandum states: “USCIS officers should not apply PM-602-0142 to any pending or new requests for H-1B classification, including motions on and appeals of revocations and denials of H-1B classification. Further guidance will be forthcoming.”

The H-1B2 (DOD) visa is extremely specialized and thus represents a tiny portion of the H-1B visas. A potential H-1B2 worker will have to have some type of very specialized skill to be used in regard to a specific Department of Defense project. Those persons will be working within a research or development project exclusively and strictly supervised by the United States Department of Defense.

As with the H-1B  visa, in order to be eligible for an H-1B2 (DOD) visa, the job must require a bachelor’s or higher degree—or the foreign equivalent—to perform the duties of the job. Also, as with the H-1B, if your specialty occupation requires licensing, certification, and/or registration from the state where you will be working, you must have that issued by the applicable state.

As with the H-1B2 (DOD) visa, the H-1B3—fashion model—visa is obviously extremely specialized. USCIS states: “The position/services must require a fashion model of prominence. To be eligible for this visa category you must be a fashion model of distinguished merit and ability.” One can assume that this generally would mean a top model who works for a top modeling agency and who is nationally or internationally recognized.

So now that we have described the three different categories of H-1B visas, let’s dive into some common questions.

What is involved in the application process?

For an H-1B visa, the application process itself has three (3) stages. 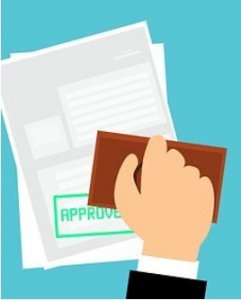 How long can the H-1B worker stay in the U.S. on this visa?

A person holding an H-1B visa usually is initially admitted to the United States for three years. This period can be extended, but generally cannot go beyond a total of six years.

What about the H-1B worker’s family? Can they come to the U.S. too? 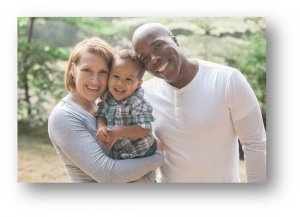 Yes; immediate family members of the H-1B visa holder, i.e., their spouse and unmarried children under the age of twenty-one (21), can request admission to the U.S. as well—in the H-4 nonimmigrant classification. (Remember what I said … over 180 different types of U.S. visas!)

The holder of an H-4 visa is allowed to stay in the U.S. as long as their H-1B family member / worker keeps his/her legal status. They are allowed to go to school, get their driver’s license, and open a bank account. And, as of May, 2015, spouses of H-1B workers can apply for a work permit as well. According to USCIS’ then-director, Leon Rodriguez, this was intended to encourage highly skilled workers and their families to stay in the country long enough to get their green cards.

Is there a limit to the number of H-1B visas in the United States?

How does the government determine who does, and does not, obtain their H-1B status, when the number of applications is more than the cap?

Since there is a limited number of H-1B visas issued each year in the United States, with far more than that number in qualified applicants, there has to be a “fair” way to decide who gets “in,” and who does not. Rather than go about this on a “first-come / first-served” basis, there is a “lottery” system into which each application is submitted.

What is known as “the H-1B season” usually begins on April 1 (or the first weekday in April),  six (6) months before the start of the federal fiscal year (October 1st). There is a logical reason for this; an application cannot be filed sooner than six (6) months prior to the start of employment. So, during this six-month period, applications are going into the following fiscal year’s cap.

There is a two-step process to the lottery. Those who are exempt due to having a U.S. master’s degree or higher have two chances to be selected. The first step of the lottery is for those who are exempt from the regular cap, resulting in 20,000 H-1B visas being awarded. For those in this category who do not “win” the first lottery, their applications are then placed in the regular lottery subject to the 65,000 cap.

During the time that the H-1B visa is valid, can the worker change jobs?

An H-1B visa is “employer-specific,” meaning that the authorization to work is specific to the position with the employer who applied for it. So yes, the H-1B worker can change jobs, but only after a potential new employer files a separate H-1B petition which is subsequently approved.

Is the H-1B worker subject to taxes in the U.S.?

The Internal Revenue Service (IRS) is the entity in the United States responsible for determining from whom taxes are due and how much. The IRS states that an “H-1B alien” is treated as a U.S. resident for tax purposes if he/she meets the “Substantial Presence Test.” 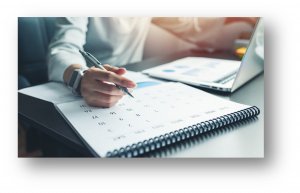 The “Substantial Presence Test” is basically what it sounds like—looking at the worker’s number of days of physical presence within the United States. This is done by looking back over a three-year period, but using a calendar year (January 1 – December 31). Generally speaking, if an H-1B alien spends 122 days (or more) per year in the United States during that three-year period, he/she is considered a U.S. resident and thus is subject to U.S. taxation.

Note that, of course, this analysis is more complicated than described here. The IRS’ detailed explanation of how this test works can be found at: https://www.irs.gov/individuals/international-taxpayers/substantial-presence-test

Since the H-1B is classified as a nonimmigrant visa, can the holder still seek to obtain his/her green card?

Because the H-1B is recognized as a “dual intent” visa, the holder can apply for and obtain a green card while working in the U.S. on an H-1B visa. This is a great benefit because it gives the worker some time to decide if working in the U.S. is something that he or she would like to continue. 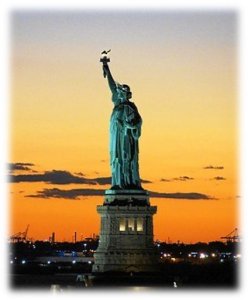 As you can see, obtaining an H-1B visa in the United States requires very specific qualifications, patience, and even some luck. However, once a worker has this classification, as long as he/she maintains qualifying employment, they can stay in the United States for several years, along with their family, while deciding whether or not a green card is desirable.

Please note that this article is educational only and its purpose is not to provide you with legal advice.  Furthermore, immigration law is dynamic and it frequently changes. By the time you read this post, it may already be outdated.