You are here: Home1 / News2 / Obama under Pressure from Republicans on his Unilateral Immigration Or... 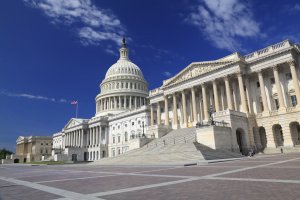 Pressure is building up on President Obama, thanks to a letter from various Republicans in the House which recommends that he be prevented from taking any kind of unilateral decision on immigration. The letter, organized by Matt Salmon, a Republican Representative from Arizona, hints at combined decision making on immigration policy, as opposed to decisions taken by the President in his individual capacity, all by himself.

While the letter is to be issued only on Thursday, November 13, 2014, there is considerable debate around it already.

The primary point of contention is that while President Obama is keen on granting temporary legal status to what may well turn out to be millions of illegal migrants in the country, Republicans are staunchly against any such move, which they feel would prevent the occurrence of a more realistic immigration deal in the subsequent Congress.

This includes providing them with work permits, an otherwise unprecedented move – till now, most illegals had little fear of deportation as long as they did not indulge in illegal activity.

Mr. Salmon is fairly keen on getting his letter through Congress, especially since it is attached to a bill that would withhold spending rights with President Obama to actually go through with his plans. However, taking it through Congress would mean gaining approval from Democrats, who are in fact in supporting President Obama’s move. Mr. Salmon remains optimistic though since he feels that he, along with other Republicans in tow, do have the support of Democrats who are opposed to changes in immigration laws as envisaged by President Obama.

He is also of the opinion that Hispanics would support his move since Congress may not do the needful in the impending year, rendering illegals susceptible to the status which President Obama deems them to be in.

There are some lawmakers out there who have questioned President Obama’s powers to stop deportations and grant legal status to illegals – the way he has done with young adults who came to the US as children but any such move has been staunchly opposed by federal courts.

This is not the first time that Republicans have tried to halt President Obama’s moves using spending halts – they did the same with Obamacare last year which only left the government spiraling into a state of partial shutdown.

This time around, Mr. Salmon is very clear he is not looking at a repeat of such an occurrence – he is only looking to establish a precedent of sorts which serves as an ultimatum.