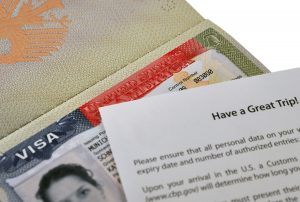 The R-1 visa program, intended for those whose lives and work are dedicated to religious practices and functions, is for those who are coming to the United States to be temporarily employed as a minister or in another religious vocation. To qualify, the applicant must have been a member of an established, non-profit religious denomination for at least two years before filing the petition. In addition, one must work at least an average of 20 hours per week for one of the following:

If a religious group does not answer to a central governing body, they may acquire denominational acknowledgement by submitting documentation of their organizational structure.

A foreign national seeking to obtain an R-1 status must first have an existing U.S. employer file a Form I-129 on their behalf. An R-1 visa may not be obtained at any U. S. embassy or consulate abroad without prior I-129 approval. This allows the USCIS to ensure requirements have been met by all parties. Once approved, consular post will determine eligibility for the R-1 visa. As with all individuals, U. S. Customs and Border Protection may determine entry into the United States.

In addition to Form I-129, the petitioner must present evidence of their eligibility for the classification in which they are seeking, and both the petitioner and the beneficiary must meet the requirements detailed below.

Requirements for petitioners differ based on the tax exemption claimed by the petitioner. See the list below for specific requirements:

In order to verify that the beneficiary is eligible for R-1 immigrant status, one must provide the following evidence:

Evidence that the religious worker is a member of a religious denomination having a non-profit organization within the United States and having been a member for at least two years prior to application.

Provide IRS documentation or evidence that he or she received compensation.

If the religious worker received non-salaried compensation, provide IRS documentation OR verifiable evidence of all financial support and a description of where they lived.

If the religious worker is a minister, you will need to provide the following:

If the religious worker received no salary, but supported themselves and their family independently, please provide evidence to document.

The USCIS reserves the right to conduct pre-approval inspections according the regulations of 8 CFR 214.2(r)(16). If inspection is requested, approval of the petition would be contingent upon satisfactory completion of the inspection.

A physical address must be provided in order for the USCIS to conduct on-site inspection of the requested place of worship in order to verify that it exists. Post-adjudication inspections may also take place in cases of suspected fraud or to verify the beneficiary’s work hours, compensation, and the duties required of them in their position.

Change of Location of Employment

A change of location would be constituted by not only a physical location change, but also by any changes in the original terms and conditions of an approved R-1 petition. If any such changes did occur, the petitioner would need to file an amended petition and receive approval prior to any changes in the religious workers originally approved location of employment.

As an exception, ministers are able to move from position to position in varying locations within the same denomination, as long as their parent organization is the original petitioner. As long as that is the case, they would need only to list the anticipated locations of employment on the I-129 in order to satisfy the USCIS tax requirements. No amended petition would need to be filed in this situation.

While initial admission under an R-1 status is granted for only up to 30 months, an applicant may be approved for extensions up to an additional 30 months. The USCIS does not allow for extensions of an R-1 status to exceed a total period of five years of physically residing in the United States.

Applicants may petition for a new R-1 visa after residing outside of the United States for a minimum of one year. However, these limitations do not apply if the applicant did not reside continuously in the United States during the duration of their initial R-1 status.

If a member of a religious denomination wished to seek temporary admission into the United States, they may be eligible for a B-1 nonimmigrant visitor category. (see 8 CFR 214.2(b)(1)) Missionaries who do not qualify under the R-1 nonimmigrant religious worker classification may also be eligible to enter the United States as a B-1 business visitor.