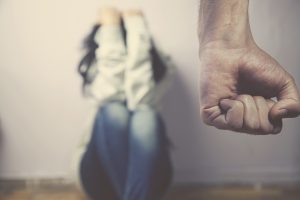 VAWA, which stands for Violence Against Women Act, allows a battered spouse, child, or parent of a U.S. citizen or Green Card holder to file an immigrant visa petition.  VAWA is a part of the Immigration and Nationality Act (INA) and, irrespective of its title, applies equally to both men and women.

Apart from immigration benefits, VAWA allows an abused child, spouse, or parent to achieve safety and independence from the abusive relative by submitting a petition without the abuser’s knowledge.

Persons who are covered under VAWA provisions

In order to file an immigration petition under VAWA, a petitioner must be either a spouse, parent, or child of the abuser.

Requirements for a spouse:

That is, the petitioner must be married to the abuser at the time of the filing, or the marriage must have been terminated due to the death of the abuser or divorce resulting from the abuse within 2 years prior to filing the petition.

The abusive spouse must be a U.S. citizen or permanent resident for the abused spouse to be eligible to file, but if the abuser renounces or loses citizenship, the abused spouse does not lose eligibility as long as she files within a 2-year period.

Requirements for a child:

Requirements for a parent:

If the petition is denied, the victim can appeal the decision within 33 days of denial.  Detailed instructions for the appeal will be attached to the denial notice.

Should you have any questions or if you would like to schedule a consultation, please contact me by submitting the form or by calling me at (248) 630-3239.  I accept clients from across the U.S. and around the world.  My law office is conveniently located in Troy, Michigan for in-person meetings.  For phone consultation, you can reach me from any part of the United States or abroad.